On Saturday 27th May 2017 the second “Pool Party” took place on the Belegaer server in LOTRO. It was held at the pool at the Bree Festival Grounds and hosted by Lifeguard Brago. Eight bands; Struck by Moonlight, Die Mondbarden, Frische Brise, Hopfenfee and Friends, Wild Mill, Michel Delving Bunny Watch, Ohrwurm and later Skarn, played in a ping-pong format.

END_OF_DOCUMENT_TOKEN_TO_BE_REPLACED

On Saturday 13th May 2017, Miss Acorne Oakley presented “The Forest of OAKS”, in the Oldfurlong Homestead, on the Laurelin server, in LOTRO. The bands who had played in the OAKS concert series, over the last year, returned to Oldfurlong to play a 30 minute set. Here are some screenshots of the bands. 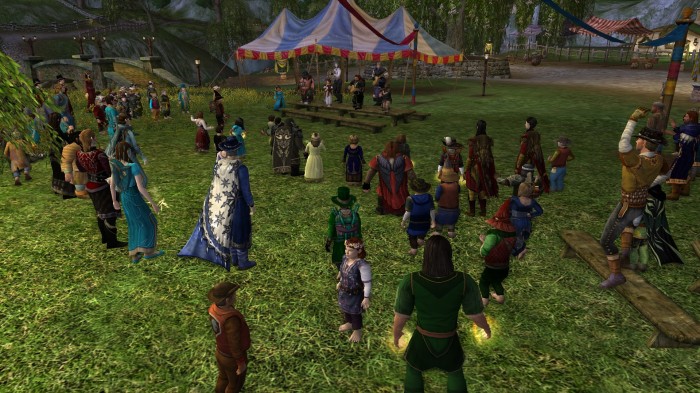 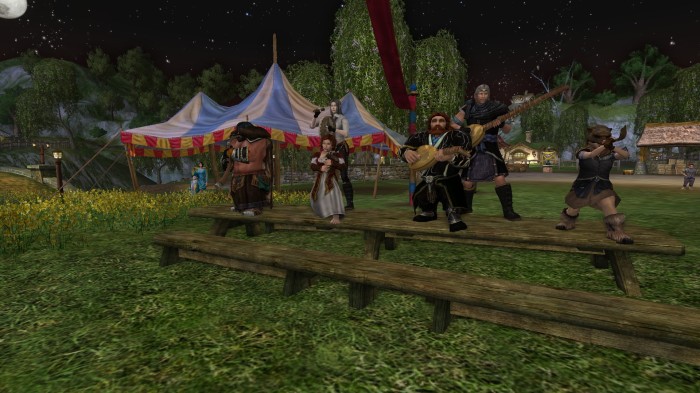 There then followed a 10th Anniversary Tribute to Middle Earth music. Eleven bands each played one Middle Earth themed song. The first were Andune Ensemble. 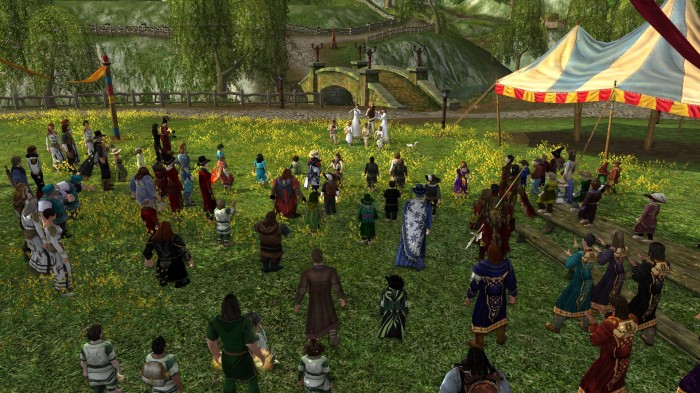 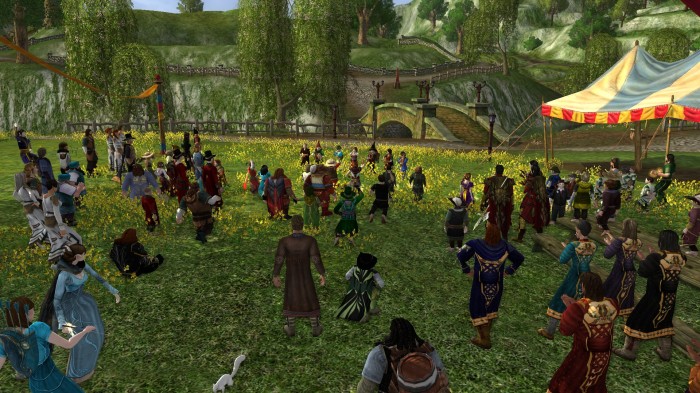 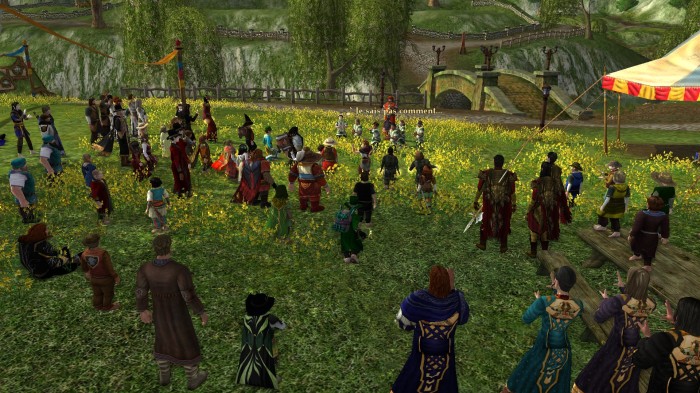 A Rock and a Hard Place. 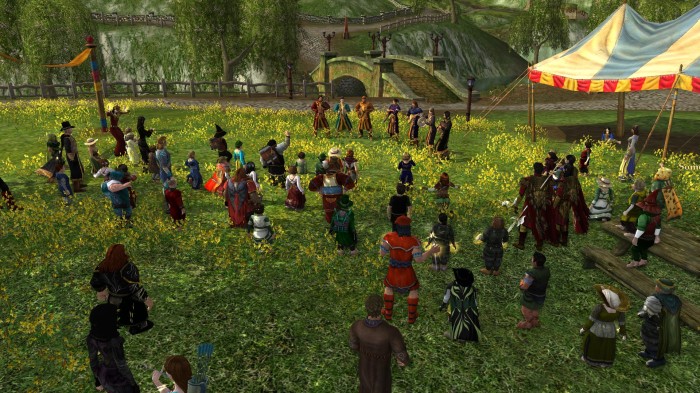 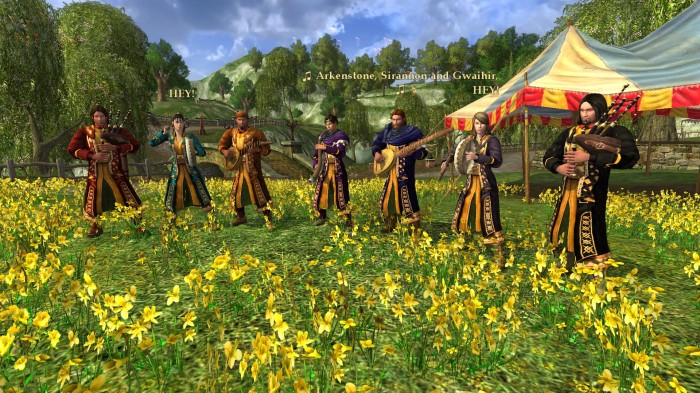 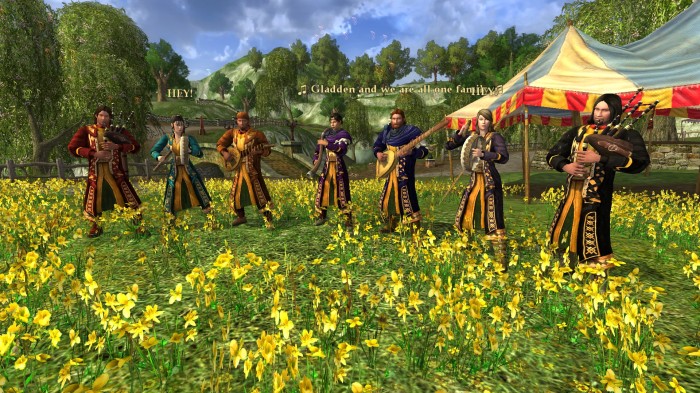 After the tribute the bands resumed playing their 30 minutes sets. I’m afraid I missed The Hope and The Shire Tramps due to playing with the Bree Lore Hall Ensemble on Landroval, however I made it back in time to see Instant Play. 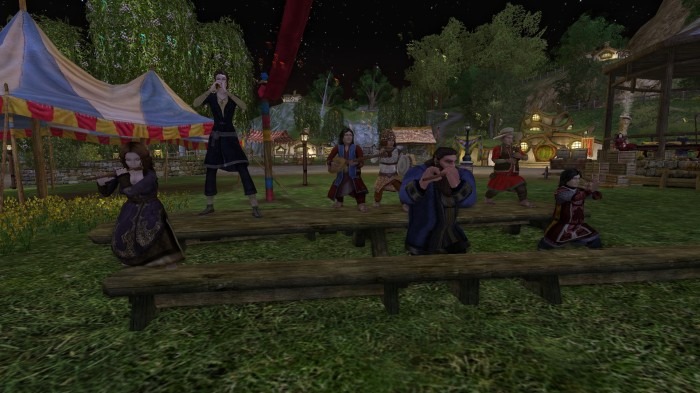 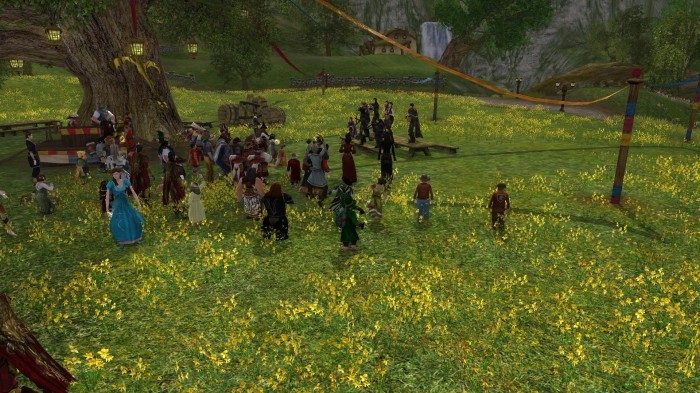 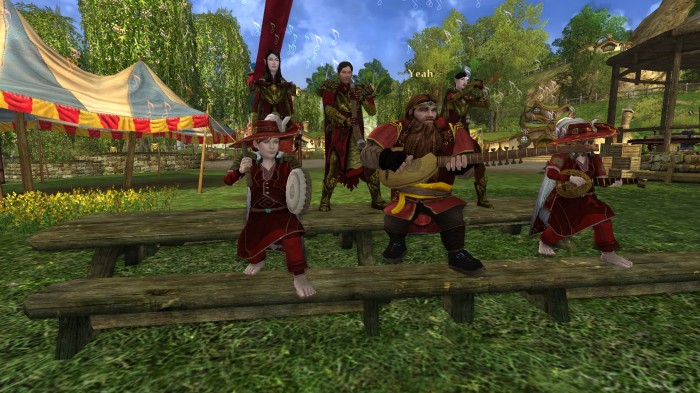 and last but not least The Rolling Kegs. 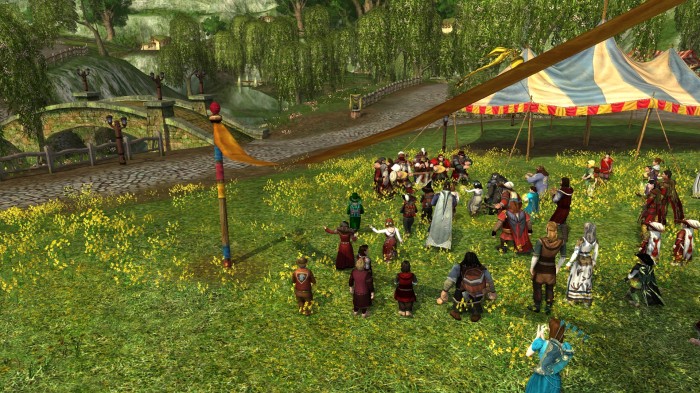 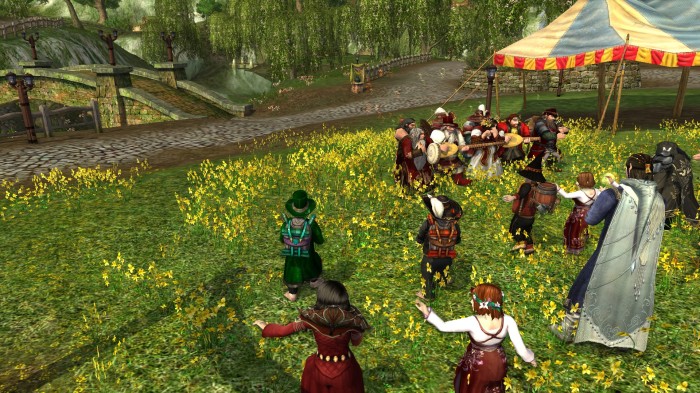 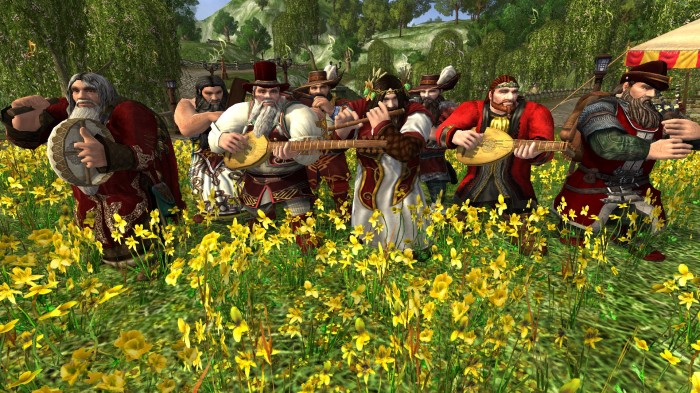