On Friday 20th December “A Rock and a Hard Place” moved their concert from the Bree West Gate to Winterhome. 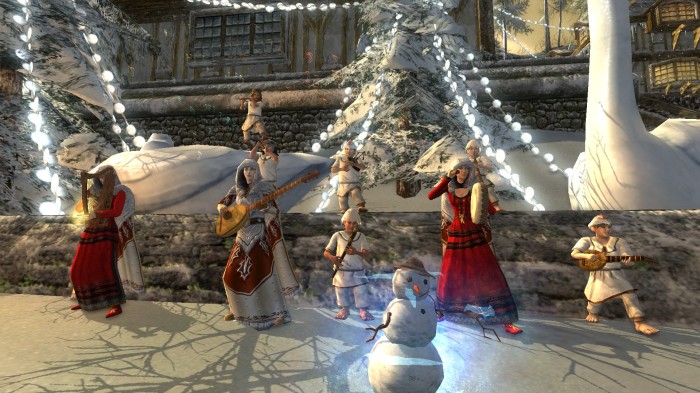 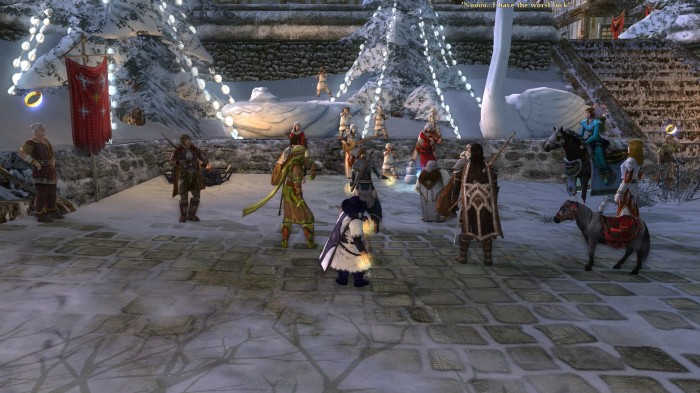 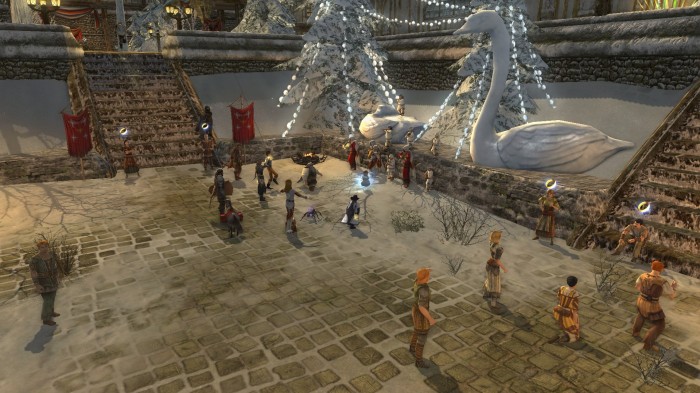 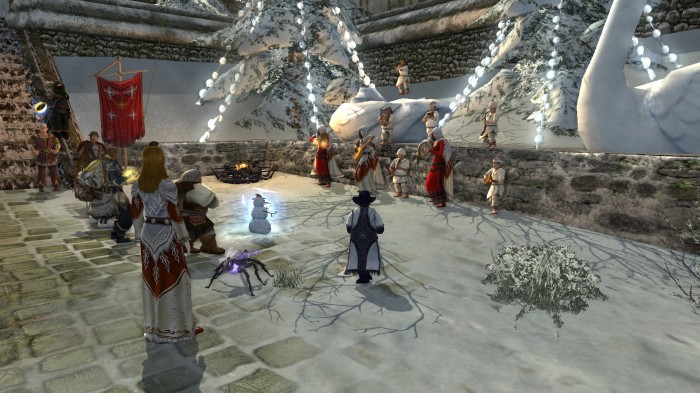 On Saturday 21st December The Breakfast Club moved their concert from the Bree South Gate to Winterhome. 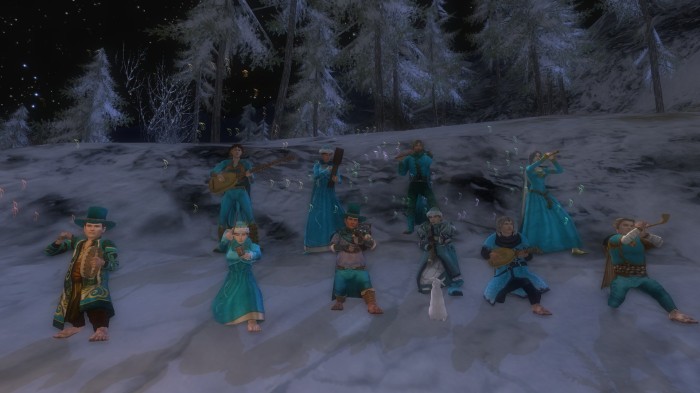 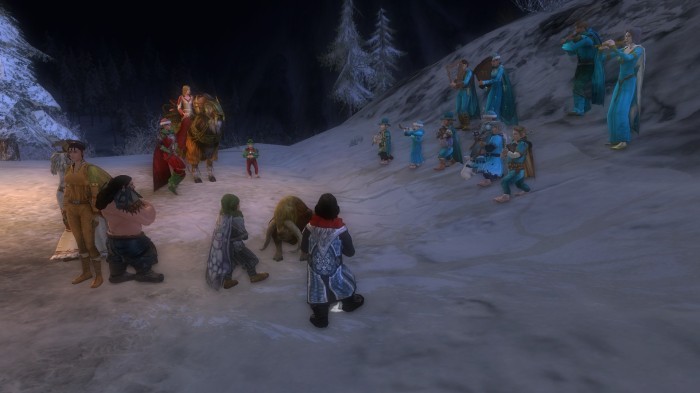 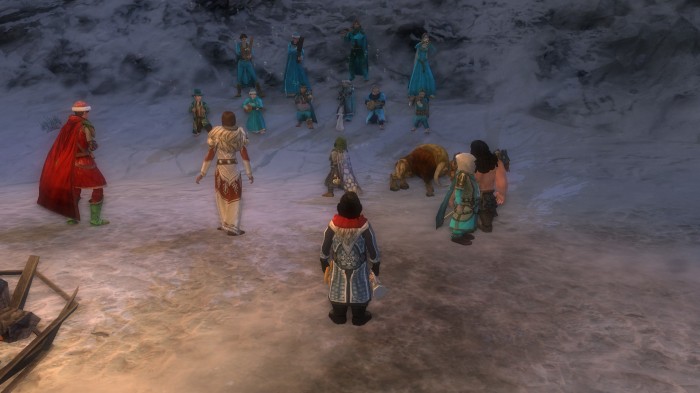 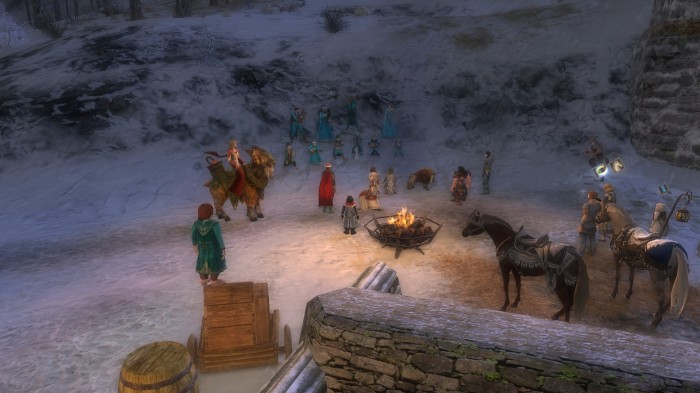 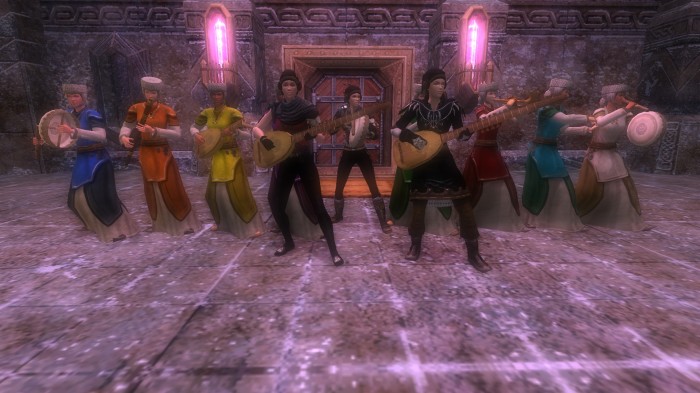 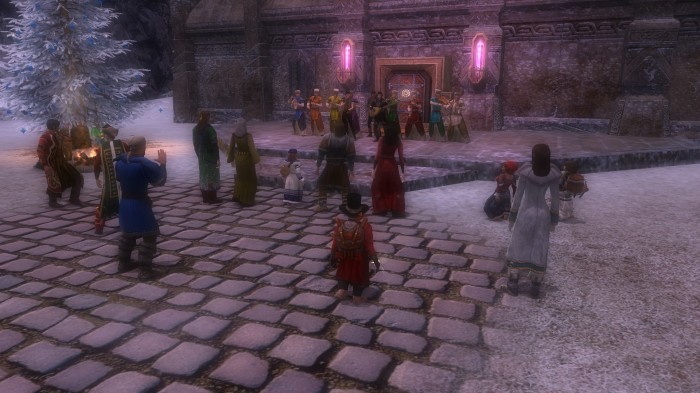 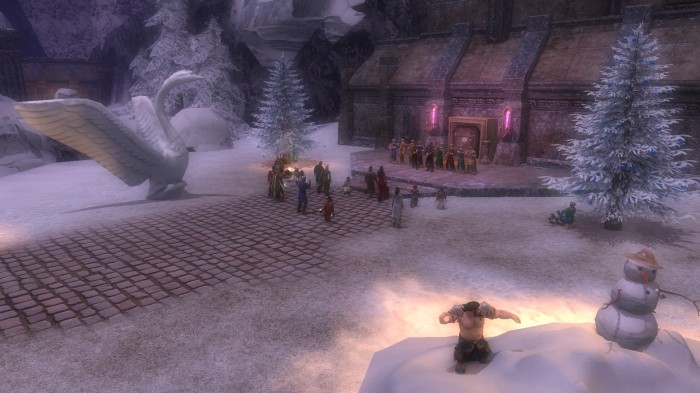 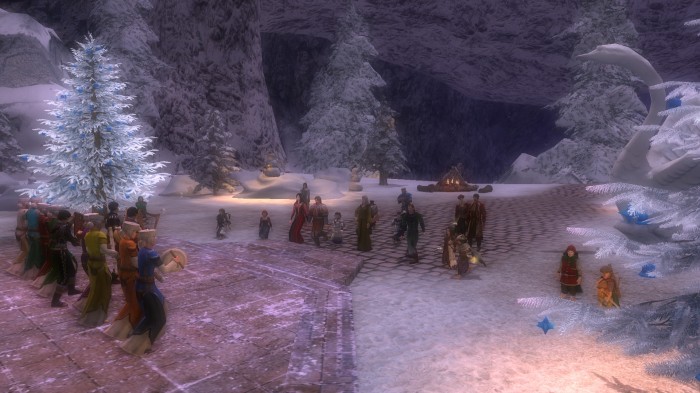 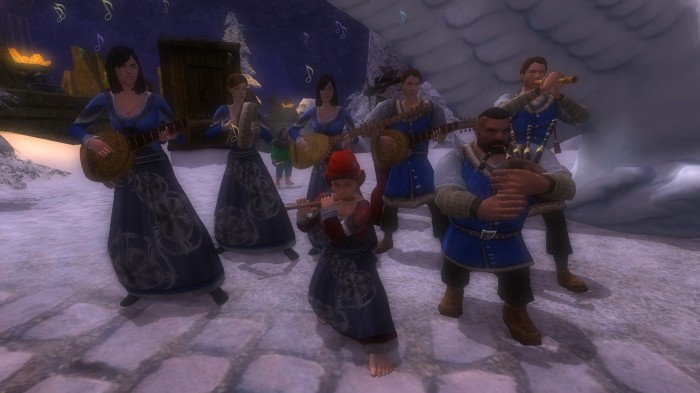 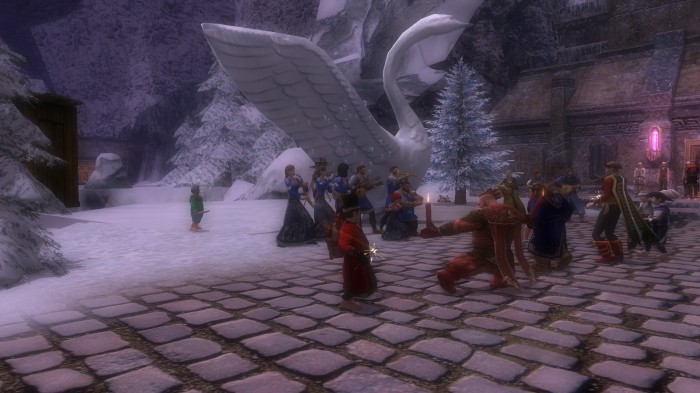 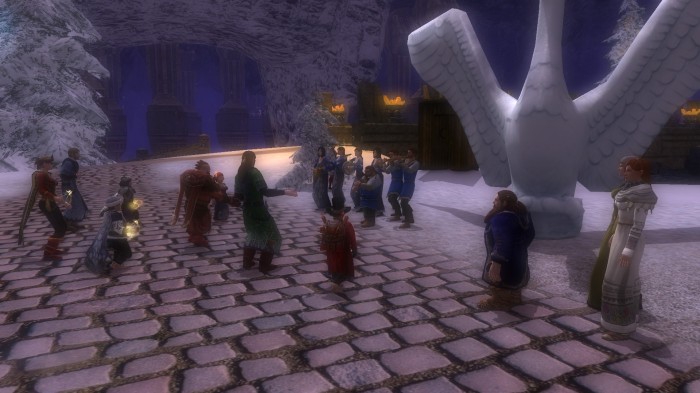 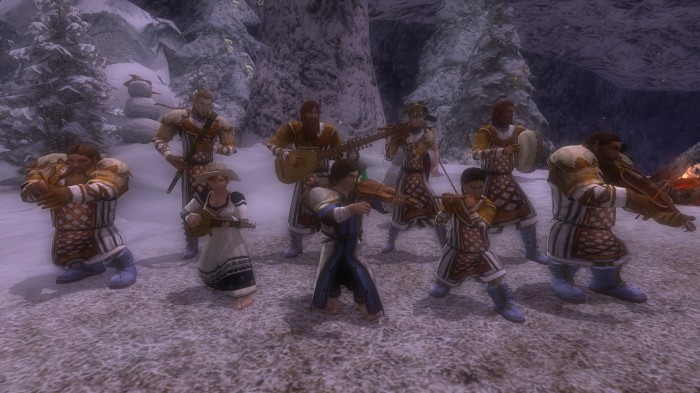 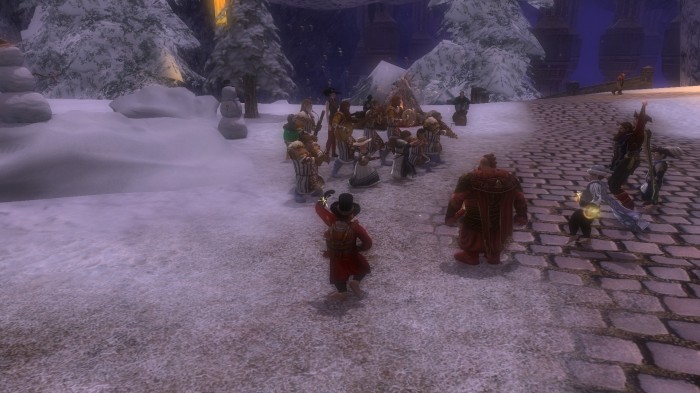 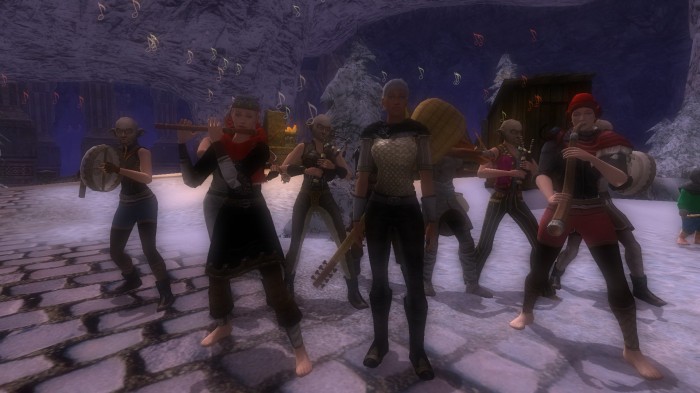 Thanks to Wild Mill and the other bands for a great event. 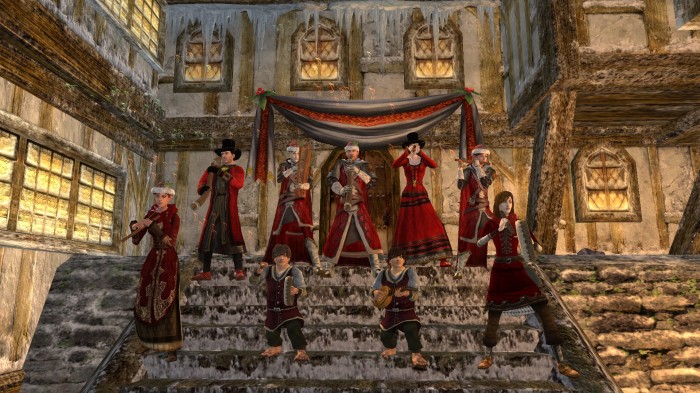 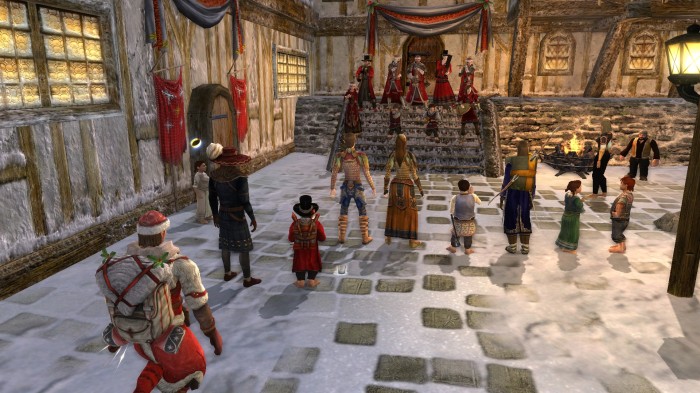 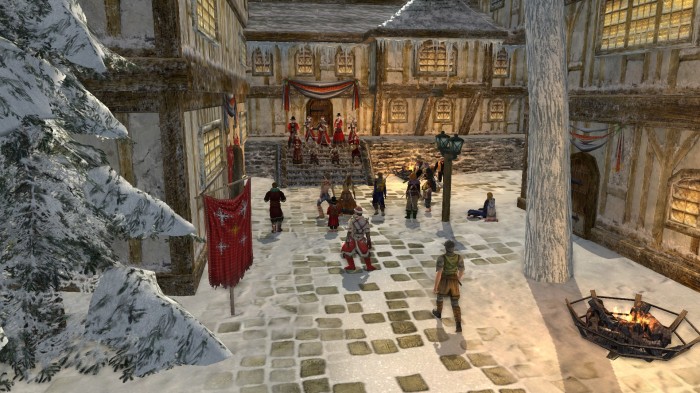 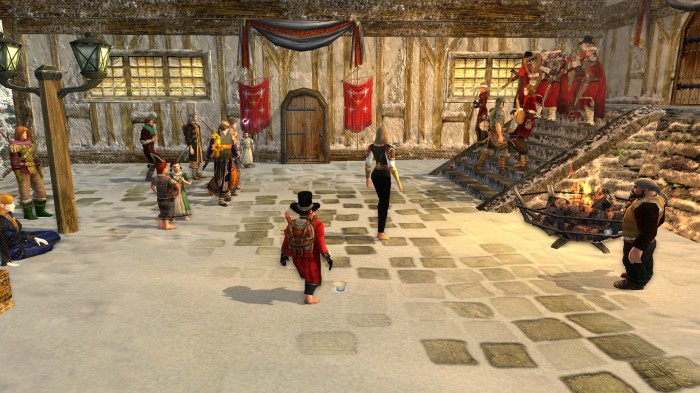 Later on Sunday 22nd December, the annual raising of the Yule tree, at the Grand Order of the Lost Mathom kinhouse, took place in the Songburrow neighbourhood of the Shire homesteads.

The hobbits first assembled around the campfire. 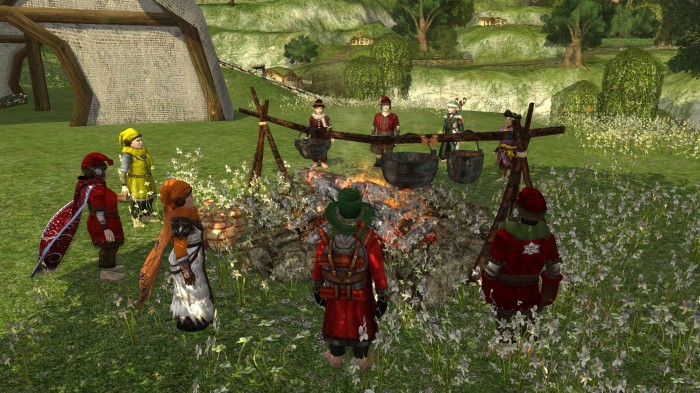 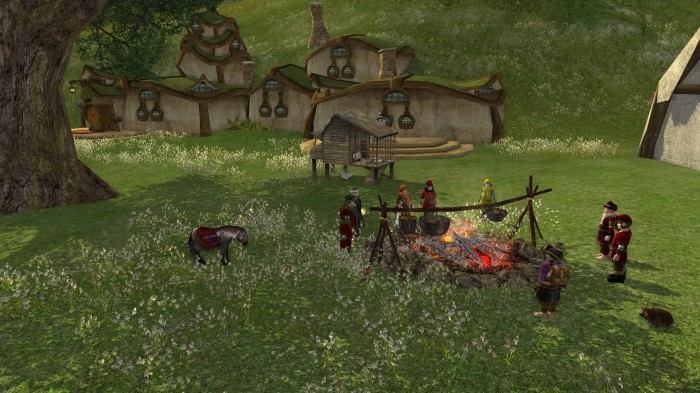 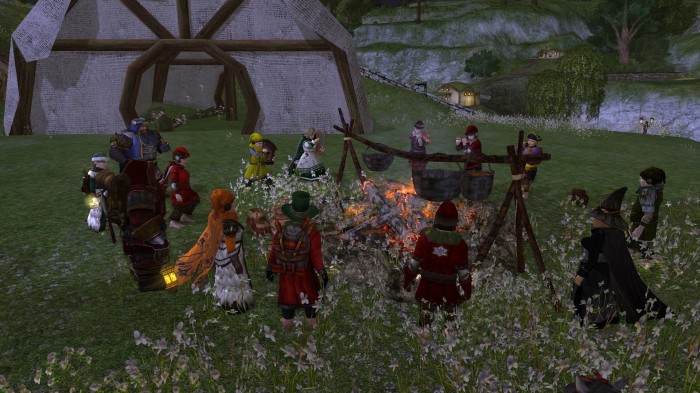 They then raised the two Yule trees. 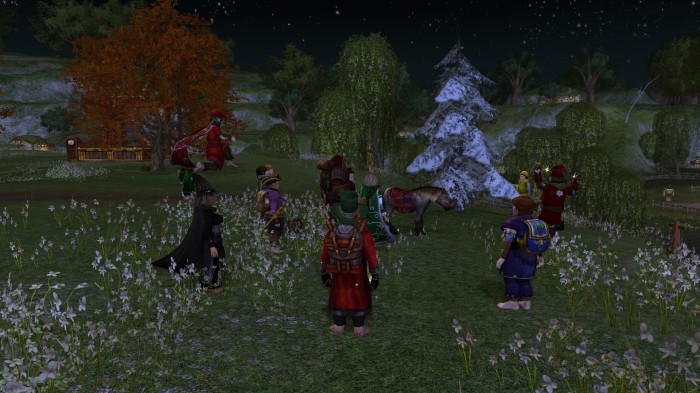 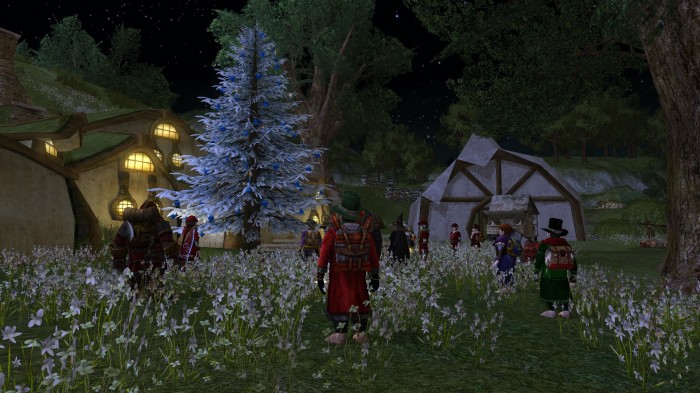 Afterward the hobbits went into the kin house for some food and the evening ended with some music by the Brandy Badgers. 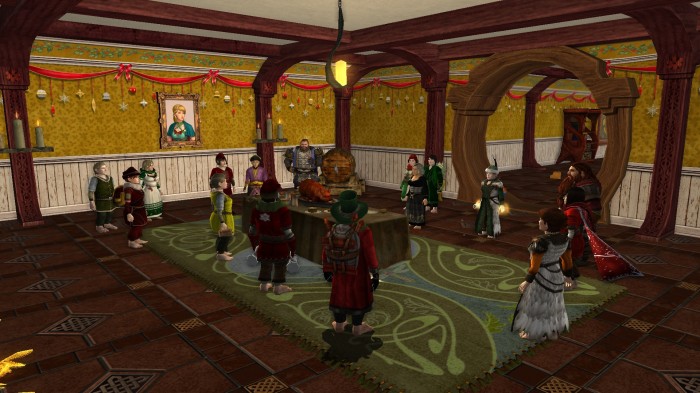 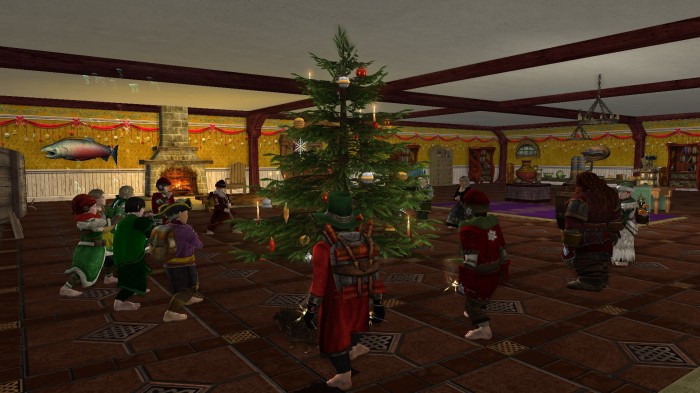 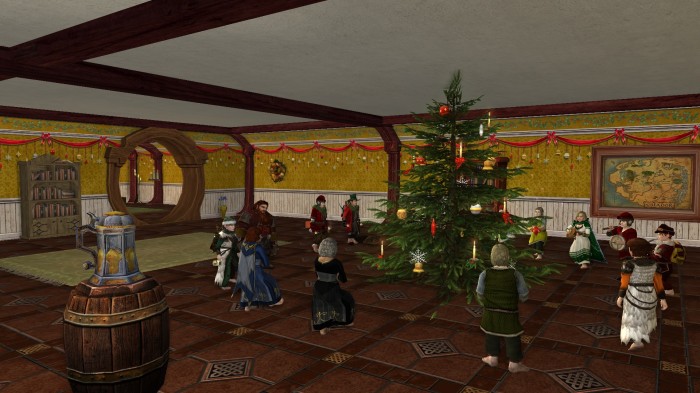