On Sunday 15th March 2020 the LOTRO music community gathered to pay tribute to, and to remember, Geoffroi, who passed away on 28th March. Known in real life as Jim, he was a loved and respected member of the LOTRO music community, whether as Geoffroi of “The Andune Ensemble”, Pipes of “Thorn and Roses”, Blondel of “The Breakfast Club”, Polyantha of the “Aleford Band” or as Keli of the “Lonely Mountain band” and the Windy Acres Ranch.

The concert opened with the official tribute from The Andune Ensemble. 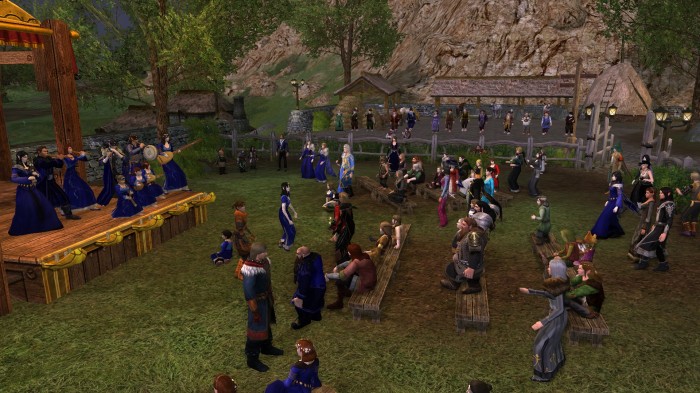 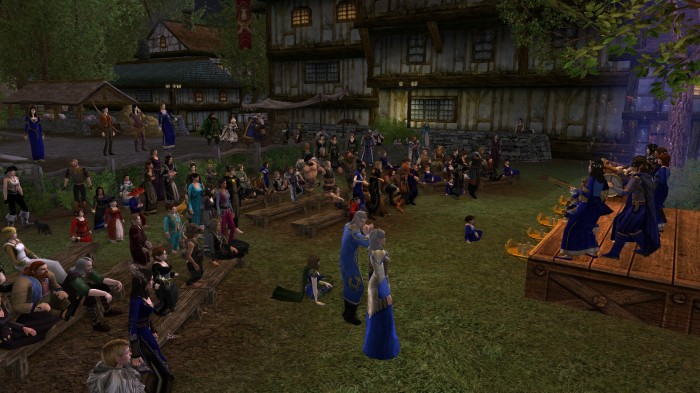 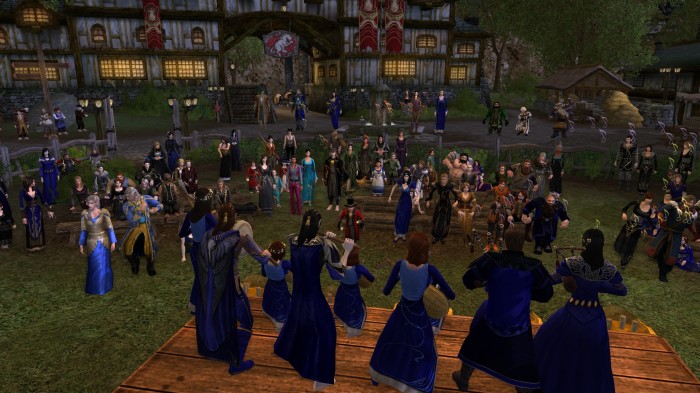 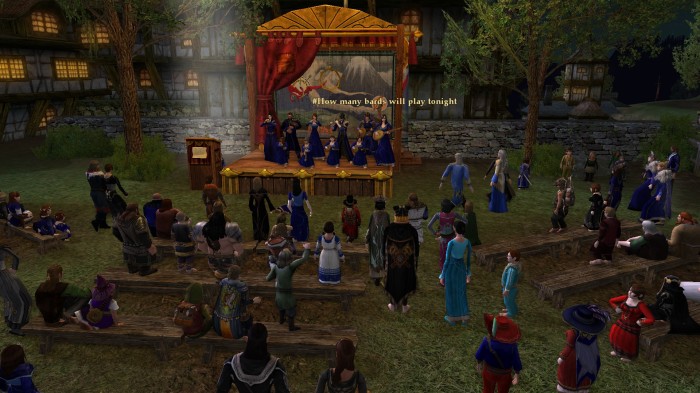 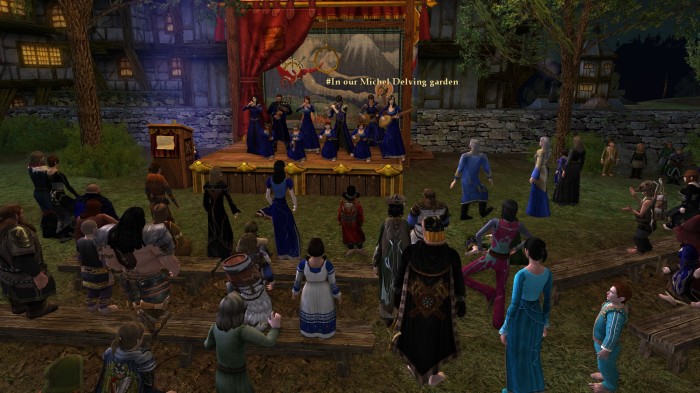 There then followed an open mic section, where various bands played tribute to Geoffroi.

The Department of Harmony and Song 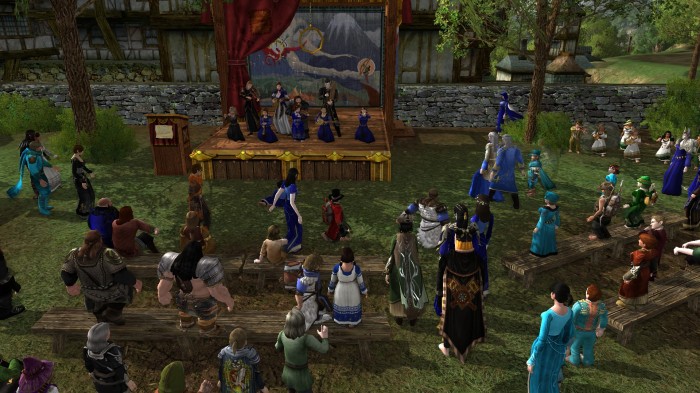 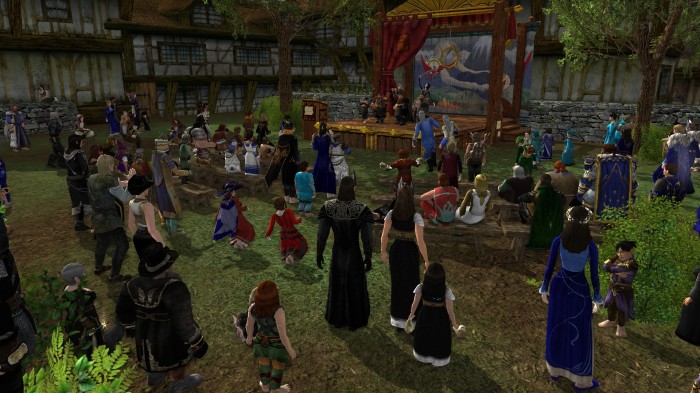 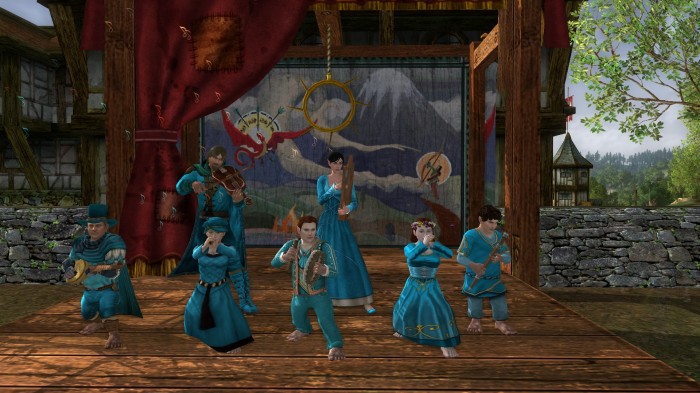 The gap in the band line up is the place where Polyantha would stand. 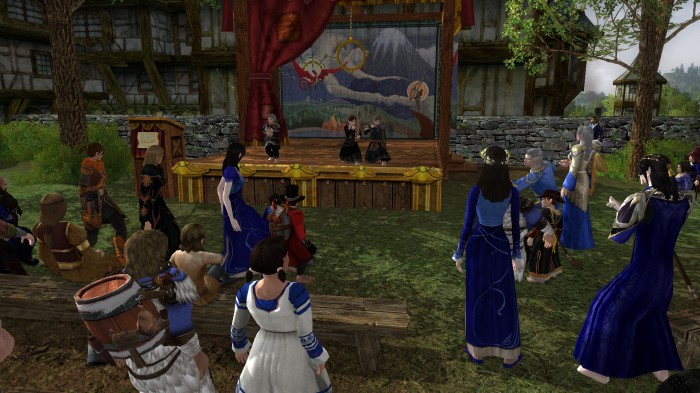 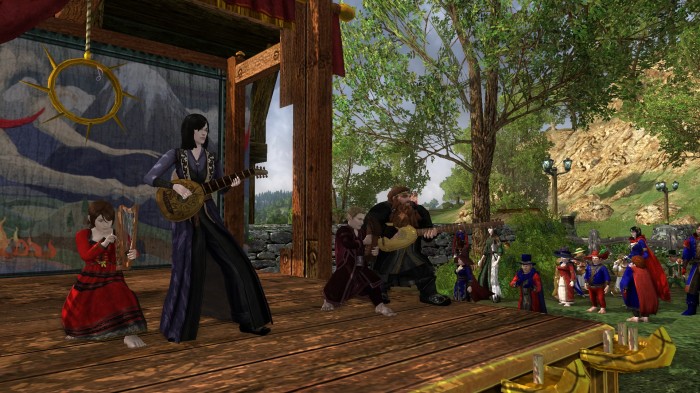 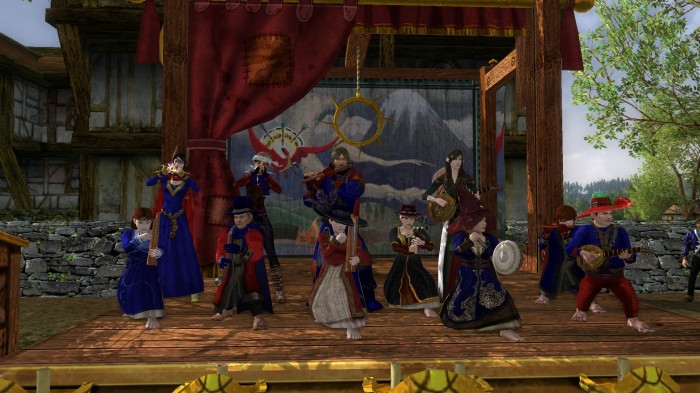 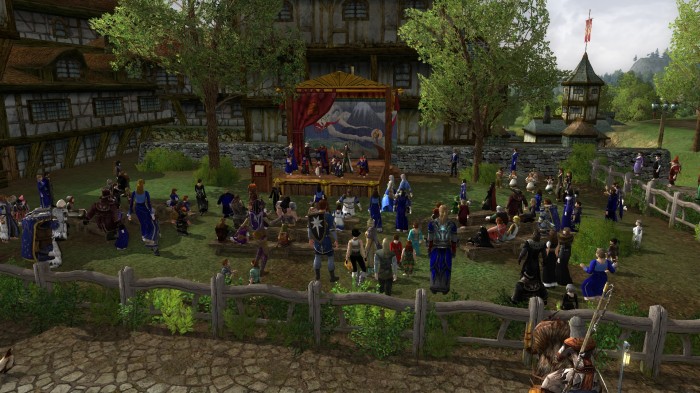 The Brago Brothers (and Sister)

A Rock and a Hard Place 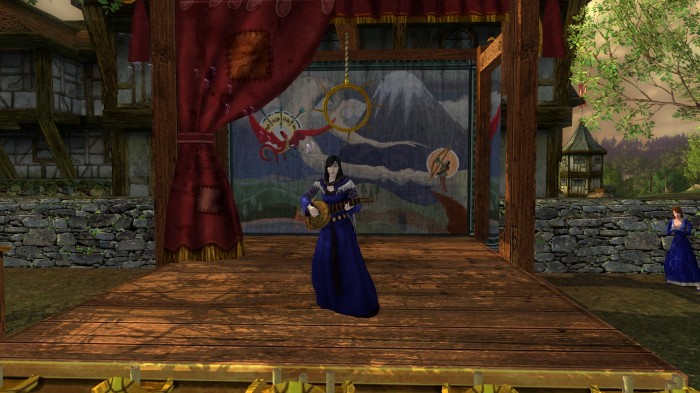 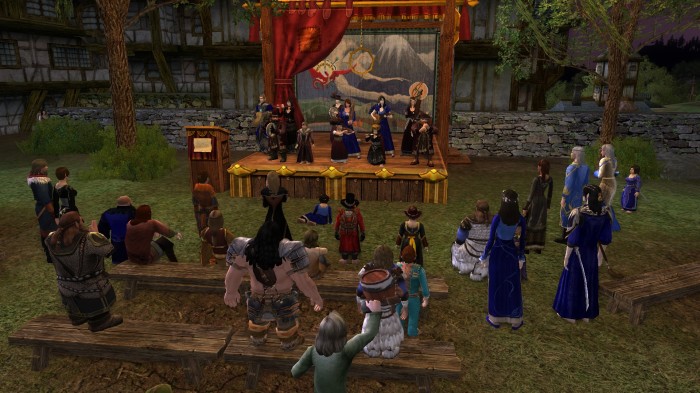 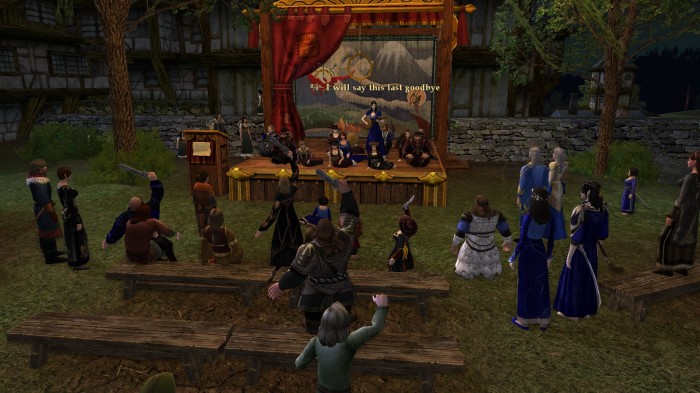 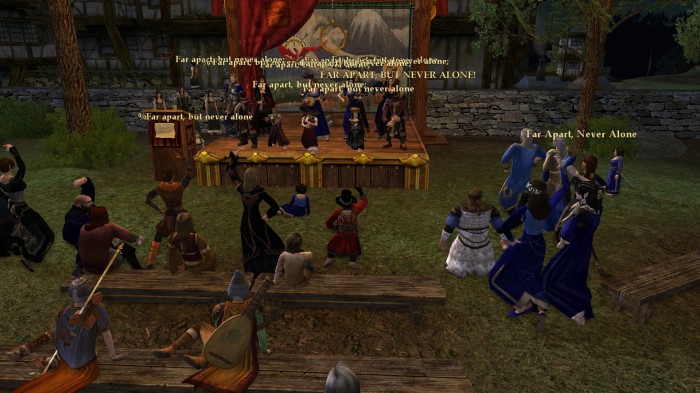 Little To No Drama 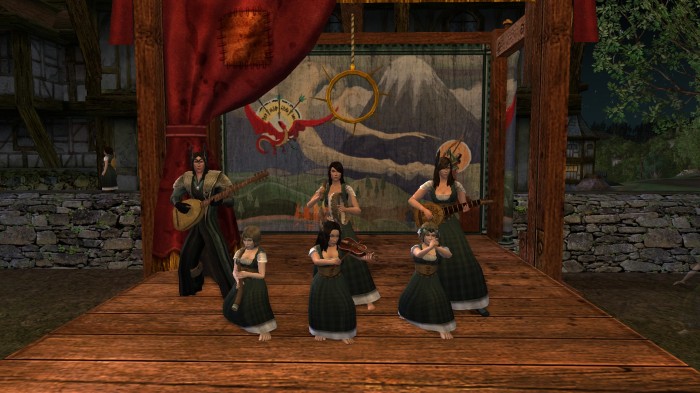 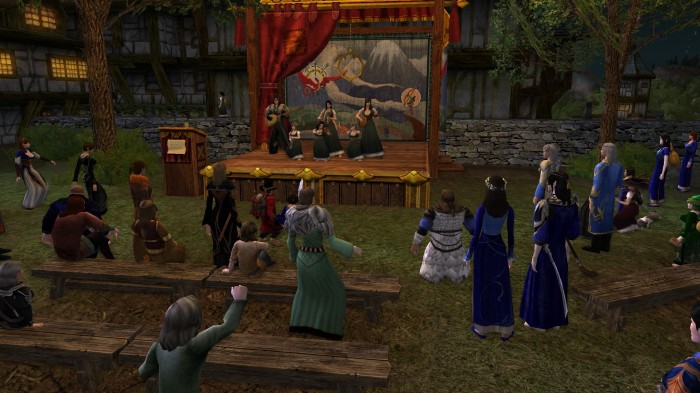 The concert ended with the crowd sword saluting Geoffroi. 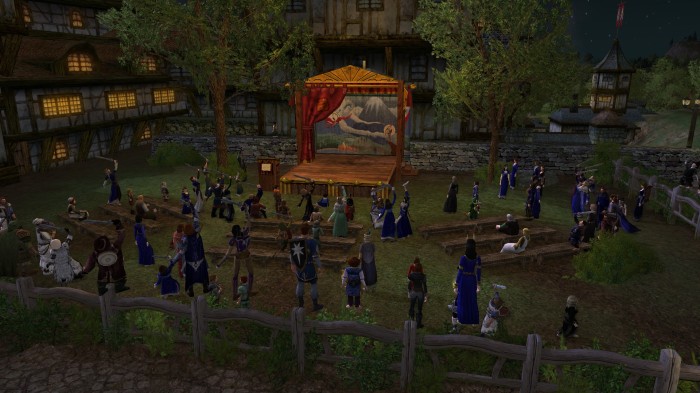 Miss Hollyberye has posted a video of the event on her YouTube channel.

Thanks to the organisers, the bands and the audience for a great event. Most of all, thank you to Geoffroi, for all the happiness you brought to LOTRO over the years, and may you rest in peace.

2 thoughts on “Remembering Geoffroi – A Tribute and Memorial”